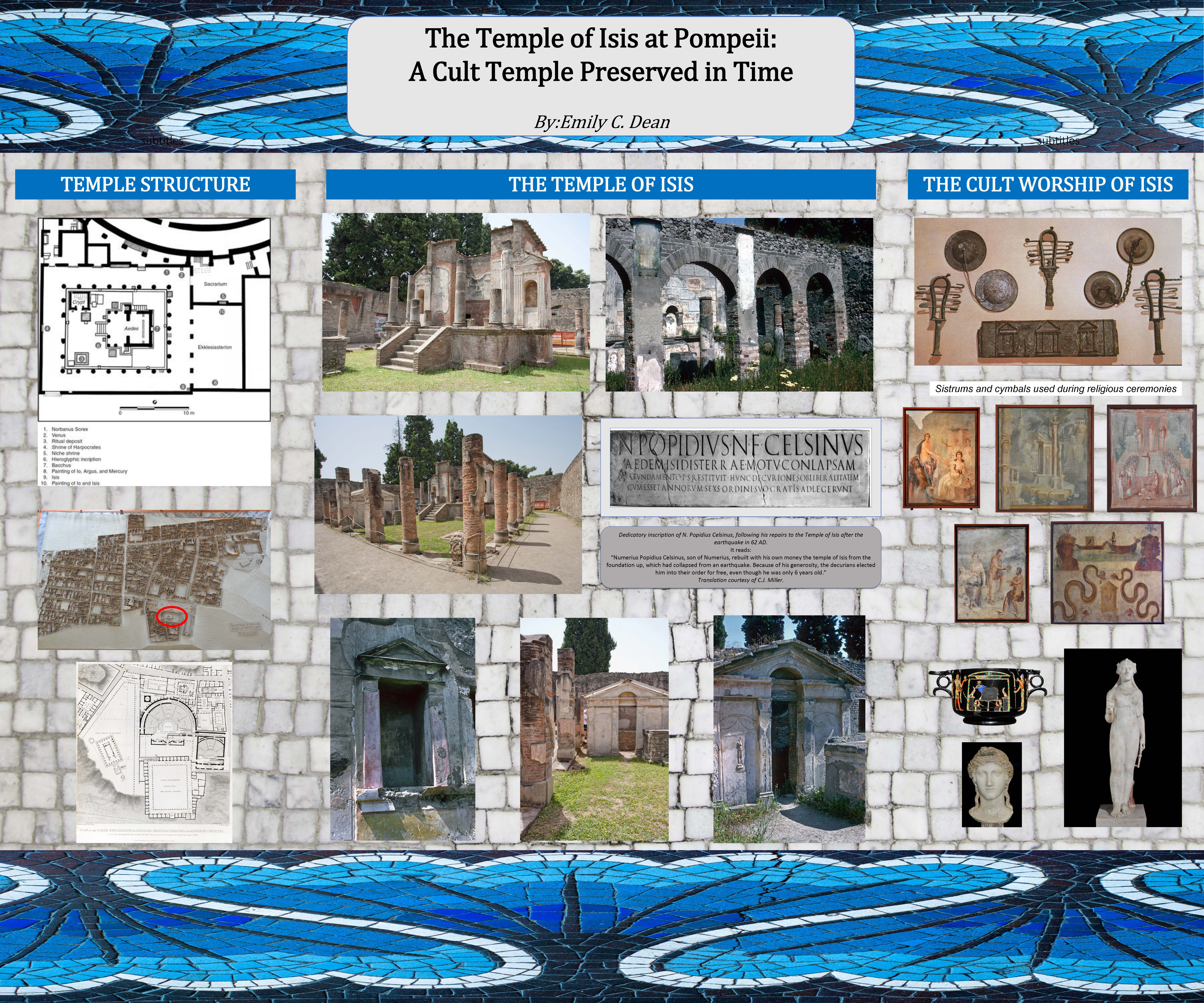 Abstract: The Temple of Isis at Pompeii is an archaeological site in ancient Pompeii, located alongside the Triangular Forum in Pompeii. The temple itself was designed for the worship of the cult of the Egyptian goddess Isis, who appears both as a Roman deity and as her original Egyptian effigy. Excavation at the Temple of Isis began in 1794, and the structure is still visible today. The very structure of the temple building itself was designed to serve the needs of the cult of Isis. Most temples at this time were built very similarly, but the cult of Isis required a space for the performance that would occur alongside worship. The temple itself was smaller, indicating a small group of followers, and it was blocked from view because of its positioning alongside the via del Tempio di Iside. It was seriously damaged following the earthquake in Pompeii during 62 AD and was operating during the time of the eruption of Mt. Vesuvius in 14 AD. The cult of Isis spread around Rome during the second century BCE and is one of the many Roman "mystery cults. The presence of this temple, combined with its location, showcases that the cult had a powerful presence in the city of Pompeii. Temples such as this help to showcase the cultural diversity in the city of Pompeii, as well as providing insight into the social lives of Pompeians, and how they interacted with each other and religion.