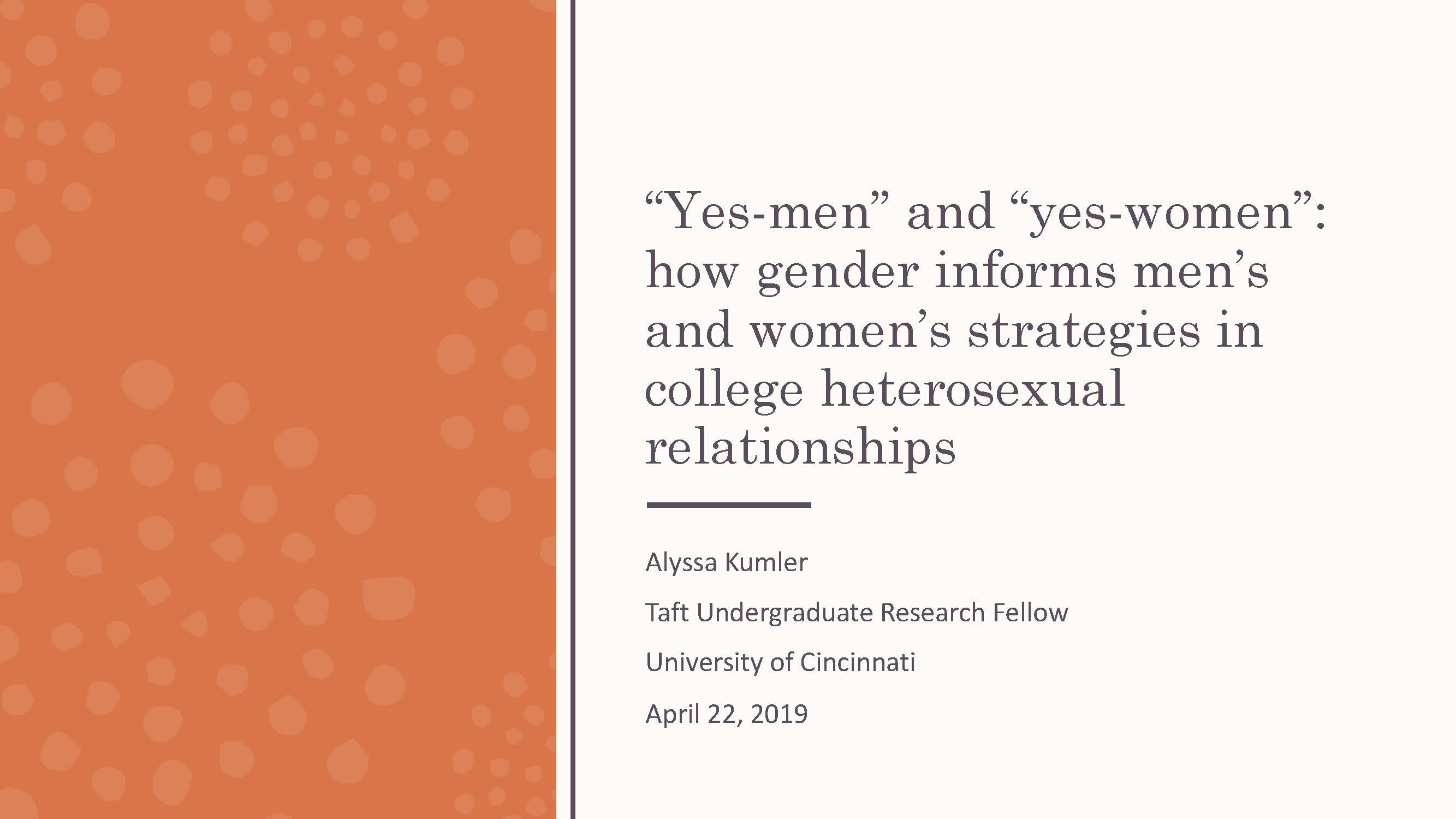 By Alyssa Kumler, Psychology, and Sociology

Abstract: Much research has identified a significant shift from dating to a "hook-up" culture on college campuses in recent years, while other research has shown dating patterns to be extremely similar to how they were 35 years ago. In navigating conflicting messages, men and women draw on different sources of knowledge to inform their action in heterosexual relationships. Although gender differences in experience of the hookup and dating culture have been found, little has been done to reveal how beliefs about gender relate to individual action. This study aimed to investigate how gender ideologies used by men and women influence the gender strategies they use to navigate this college dating setting. A total of 21 (11 women, 10 men) people aged 18-22 and attending a public university were given a questionnaire gathering information about gender strategies. These same participants were interviewed to learn more about their gender ideologies. Interviews were reviewed for their themes and surveys were reviewed quantitatively. Results show gender ideologies heavily influence the strategies they use to navigate the college culture and access relationships. Specifically, many of the people hold paradoxical gender ideologies; one was egalitarian, and they usually wanted this for themselves, but they typically use the stereotyped gender ideology to inform their strategies. Additionally, gender ideologies are affected by the prevalent hook-up and dating culture whether the participant is involved in it or not. This work has implications for further research on the effects of college culture on individual well-being.